Book Reviews » Into the Water 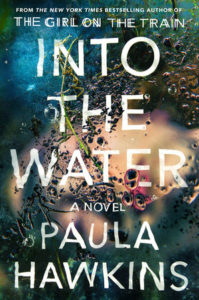 I confess to having neither read nor seen The Girl on the Train, Paula Hawkins’ previous global blockbuster thriller. A crime that, having read Into the Water, I shall redress forthwith because this writer clearly has wonderfully imaginative stories to tell.

This one centres on a small English town where an unusually large number of women have died in the local river – at a spot known as The Drowning Pool. The most recent death appears to be a suicide, just like earlier ones. But as the story unfolds it’s clear there is plenty of motive for this to have been a murder. It could have been carried out by one of any number of people – including those investigating the death. But you won’t find out who until the very last sentence.

But this is more than just a ‘whodunnit’. It’s about nothing and no-one being as they seem and the tragedies of lives that are based on lies, deceit, and betrayal.

Each – increasingly short – chapter is from another person’s perspective so it’s tricky at the start to keep track of who is who. And while it is a common method of writing a story, in this instance it feels less like a book and more like a movie screenplay. This constant flipping back and forth between characters is disconcerting as a reader. But I’m certain it will make it a great movie. Without perhaps even the need for a screenwriter.

If you enjoy thrillers, add this one to your reading list.